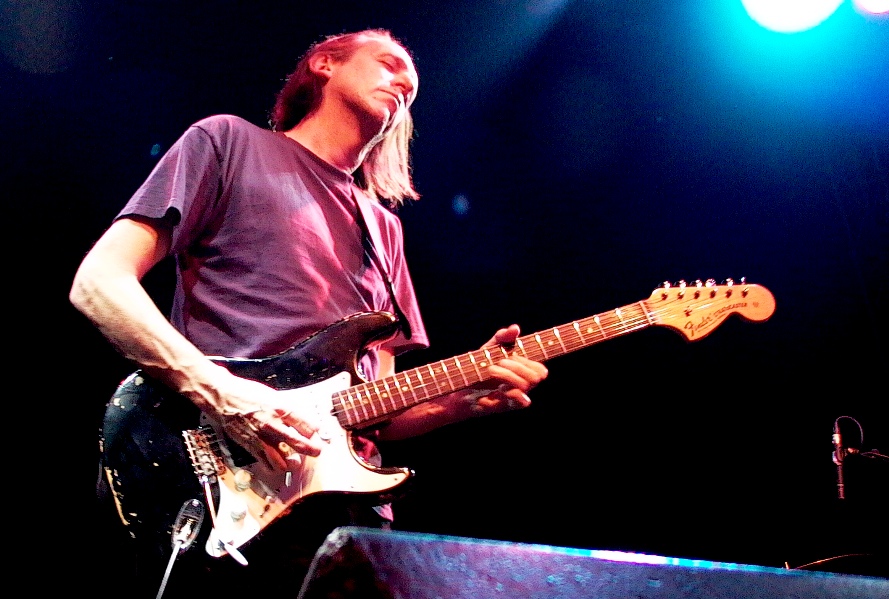 “Back in september 2010 I came in contact with Michael Landau.
Michael Landau is my all time favorite guitarist , and so, as a long time fan, I thought it would be nice to send him an e-mail, just to show my respect for him and his work.
I didn’t suspect anything back, but to my full suprise, Mike answered my e-mail, and we so we started talking.
I told him what I was doïng at the time. Working in a guitarstore and building (hobby based, for friends and relatives) pedalboards and flightcases.
Mike asked me if I could get him some Fender combo’s for when he is touring Europe!!
I was already brewing on the very first ideas of starting Moonspinner Custom Gear, so ofcourse I asked him if he would needed to have flightcases with them as well. 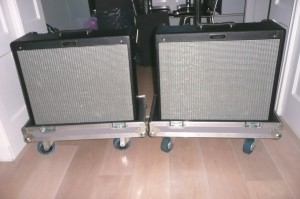 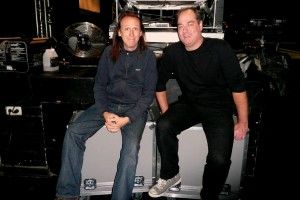 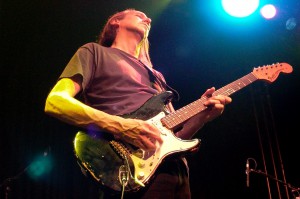 He did, and so now I can, unofficially say Michael Landau was basicly one of my first customers!!
I explicity say customer, because there’s no star behavior in Mike’s book. He can get all the great deals of all the famous brands, but by my knowledge, he does not wan’t to commit his name to any brand (except for his Fender Customshop RI Strats ofcourse), and so will stay free in his choice of gear.
Anyway, I did ordered the amps, and build the cases, and the waiting started…
Mike and his band came to the Netherlands, the night before the gig, but we did not specificly made a oppointment on how, and when he could get the amps/cases. He promissed me, he or his tourmanager, would come back on that, but time was getting close.
I was sure his tourmanager would get in touch with me the next day. The day of the concert.
So I decided to get rid of my nerves, and so, at 01.30 a.m. did try to get some sleep.
But then suddenly my phone rang…. “Hello, Serge? This is Mike…..”
Okay, who’s kidding me? Some sick joke of one of my friends? Nope… this was real!!
Michael Landau, the guitarist I admire for decades, is calling me in the middle of the night!!
How surreal was that?? We had a small chat, and decided to meet at the venue the next day.
Still, super excited and full of adrenaline, I really needed to get some sleep…. That took me another two hours..
The next day we met, and Mike showed me his gear, and his original Fender ’68 – ’69 (?) black Strat, with a small crack in the headstock. 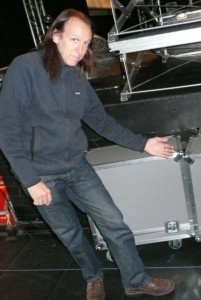 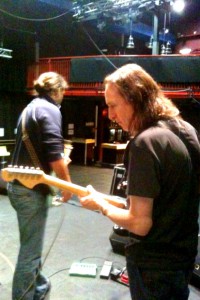 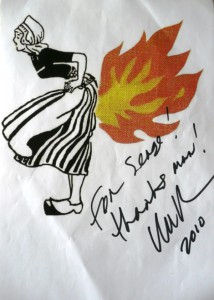 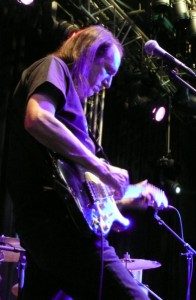 We talked a little about gear and music, when he invited me to stay at the soundcheck.
Ofcourse also to check the amps. I did check them at home, but not louder than about 30%. After that, my windows started to crack, and my neighbours to complain…
Mike fires them up the way their suppose to do, and then there suddenly was a small crackling noise comming from one of the speakers….. Mike looking at me, a little worried, and back to the amp….
Oh noooo, not now!! Not with him!! You can imagine how I felt. Shaking and sweating all over the place.
Realy frustrated, thinking of how I could solve that problem on a monday, when all the musicstores are closed…
Mike, again played a few chords and than said the genious words (with a funny, groovy “hippy voice”) “It’s okay, man. It’s just a part of the sound, Don’t worry…”
And that’s excactly how Michael Landau is. The most humble and ‘down-to-earth’ famous artist I have ever met.
After the soundcheck the amps became alive and sounded great. Result; a fantastic concert!!
We still have contact about once a year, and he invited me to come to a James Taylor concert next year.
Realy looking foreward to meet him again!!
Again, Michael Landau is not having some kind of a commercial or sponsor commitment with me or Moonspinner Custom Gear.
I just wanted to place a little story about how our contact came together back then, and also about my respect for his work.
Mike is a customer like anyone else. For me personaly, a very special one, ofcourse!! 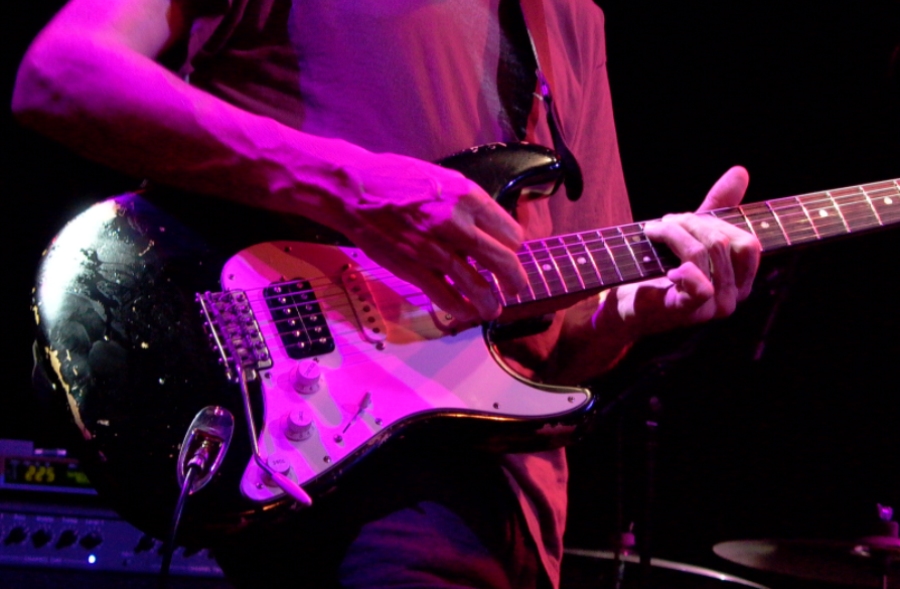 Photographs on this website may not be used without permission of Moonspinner Custom Gear or Michael Landau.